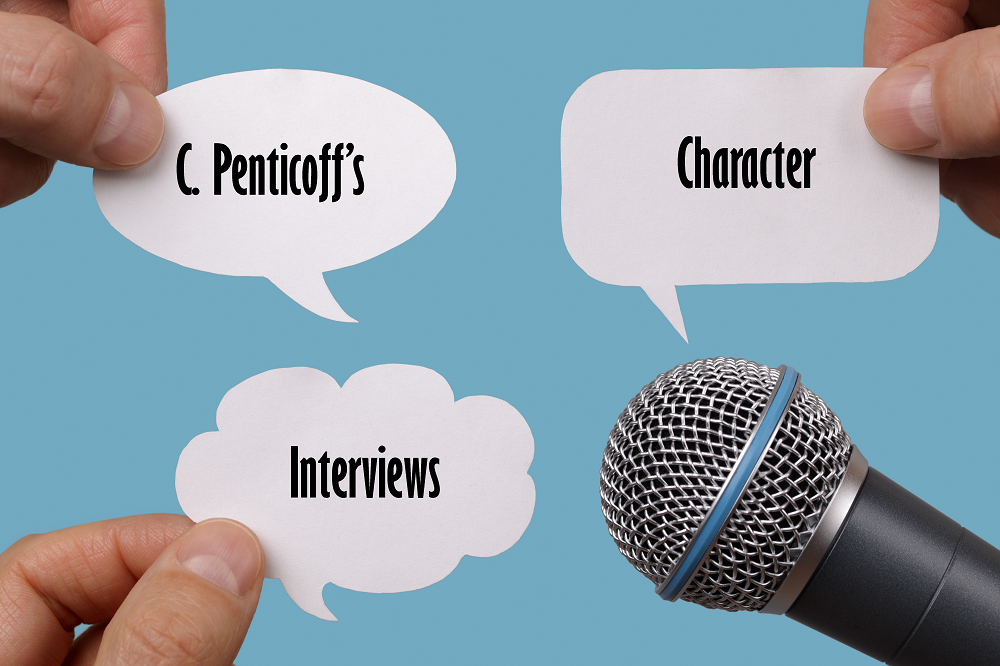 C Penticoff: Hello, Layla. Thanks for joining me for this interview. Why don’t you tell us a little about yourself.

Layla: My name’s Layla Wilson. I’m seventeen, from Colorado, orphaned, angry, and ready for a fight. I’m a hybrid. If you don’t know what that means; I was injected with this serum, my DNA was fused with some animal DNA, and I got enhanced abilities from it. Better eyesight, stronger, I can hear your heartbeat… the usual. And I’m part of the Hybrid Force. An army made of people like me who are going to destroy the Black Sun, a terrorist group that took over the country. Yeah, and… did I say violent yet? No? Violent.

C Penticoff: Alright, then. Don’t mess with you–noted. Well, judging by what you just told me, it sounds like your life is pretty intense. So, what’s the craziest thing that has ever happened to you?

Layla: Getting turned into a crazy killing machine, going toe to toe with terrorist soldiers,… witnessing my teammates fight over the coffee machine.

C Penticoff: Wow, that is crazy! So then, what’s a normal day in your life like?

Layla: Wake up, team run around the compound, breakfast with the team, training. Occasionally I try to fight people and then become friends. Sometimes we go on missions and fight terrorists.

C Penticoff: I fight terrorists in my day to day life too. **laughs** Okay, so I’m assuming you’ve been in many pshycial fights before…

C Penticoff: I believe you! What’s the one thing you wish you could have in life?

Layla: Unlimited knives. If I lose one, another will appear in its place. Magic knives.

C Penticoff: Not what I expected, but it sounds like it would be perfect for the life you live. That’s more like a wish, but I’ll accept the answer. **winks** Can you describe a time you felt weak, then a time when you felt strong?

Layla: I felt weak when I watched my best friend die and not being able to help. I guess a time I felt strong was that one time I cage fought with Fisher. Good times.

C Penticoff: What’s the worst thing to have ever happened to you?

Layla: Oh, I got a list for this one. Terrorists taking over the country, my parents dying in one of their attacks, my best friend dying…I could go on.

C Penticoff: I’m sorry to hear that. What would you say is the one thing life has taught you?

C Penticoff: I can agree with that. Let’s end this interview on a lighter and more fun note.

C Penticoff: If you were a superhero, what superpower would you possess?

Layla: Am I not a superhero? I gotta count as one by now, right?

Layla: But I’ll say… teleportation. That would make missions a whole lot easier.

C Penticoff: Teleportation would be great, but I’ve always wanted to fly! Anyway, thanks a ton for joining me today for this interview, Layla. You’ve been great!

Get to know Layla Wilson and other fascinating characters from Team Thirteen by purchasing the book here.