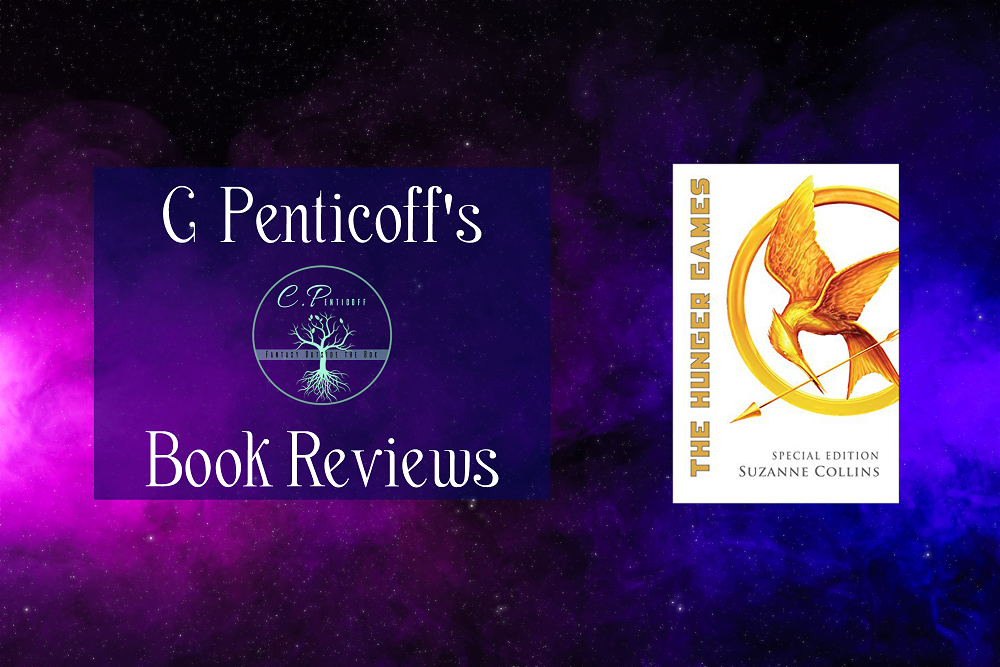 Wow, this book hooks you right from the beginning with its shocking nature. You have a dystopian, post-apocalyptic setting taking place around 100 years in the future.

At an authoritarian government’s attempt to demonstrate their power over their civilians, they put on an annual televised event where teenagers are thrown out into the pits of the wilderness and forced to kill off one another until there is only one person standing, the Victor.

I love Katniss’ character. She’s tough , yet vulnerable. She bares the responsibility of taking care of her younger sister Prim because their mother suffered with depression after the death of their father.

Katniss is a hunter, but nothing she’s ever done could have prepared her for the reality of the Hunger Games. It’s ruthless, unforgiving, and bloody.

When I say this book was a page-turner, I mean, I killed this book in 48 hours time…and I’m a mom, writer, and business owner! I basically put my life on hold for the weekend to finish this thing!  It’s been along time since I’ve done that for a book because I really don’t have the time. As I’m writing this, I’m itching to pick up book two, which I plan to really put a dent in tonight.

I rate the book a 5 out of 5 stars and I’m really hoping Katniss takes this horrid system of government down!

Let me just say this–if you haven’t read the book, but have seen the movie, please do yourself a favor and read this book!

Like all movie adaptions of books, the movie falls flat. So much of the detail of the book is left out of the movie. Like Katniss’ deeper and more interesting personality, the bond her and Rue form, the complicated nature of the fake romance between Katniss and Peeta, and more.

So much detail is left out, I’m tempted to rate the movie a 3, but I understand there simply isn’t enough time in a movie to bring out all details of the book. This is why I’m a firm believer that books like this need to be made into t.v. series, rather than movies.

What I did appreciate from the movie was being able to get the perspective of other characters and scenes that you miss in the book.

I will say the movie did a fantastic job at conveying what portions of the book they could, which is why I ultimately rate this movie a 4 out of 5.