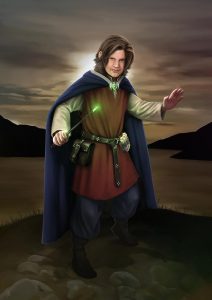 C. Penticoff: Hi, Mierta! Please, introduce yourself to my guests.

Mierta: My name is Mierta McKinnon. I’m a warlock from the kingdom of Aracelly, located in the land of Iverna.

C. Penticoff: Thank you, Mierta. I’ve heard in your country, witches and warlocks are not born with their powers? Is this true?

Mierta: Yes. It is a tradition among the magical community that starting on his or her 12th birthday, this person must face an examination of the soul to prove they have more than just the strength to perform magic. Based on how you endure the ritual, determines your fate.

C. Penticoff: So, what happens if you don’t pass?

Mierta: You become transformed into a Magulia. It’s a person who is a witch or warlock, but without their powers. Once you are transformed, you can never be transformed back.

C. Penticoff: Wow. That’s got to be frightening. Let’s move on. What got you interested in compounding chemicals?

Mierta: My father was once studied acropathy. Since I am the eldest son in my family, it is expected I follow in my father’s footsteps

C. Penticoff: If you could change one thing, what would that be?

Mierta: I would bring back my Mum.

C. Penticoff: What would you consider the most useful spell you have in your arsenal?

Mierta: Blimey! That would be tricky to answer because I don’t really know. Reckon it is probably related to something that was used with the Sulchyaes.

C. Penticoff: Are we going to learn more about this creature?

Mierta: Why, yes. Not now though.

C. Penticoff: Okay. So, what is in store for you next?

Mierta: Ah! Well, I am working with an author to tell the next story in this series, titled, The Rite of Abnegation. It’ll be made available in 2019 from BHC Press. 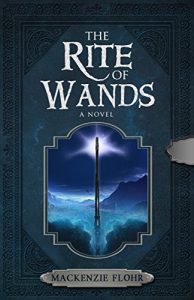